Ancestral migration route out of Africa

I submitted a DNA sample to the National Geographic Genographic project to find out my ancient ancestors migration path out of Africa.  Here is the resultant map. 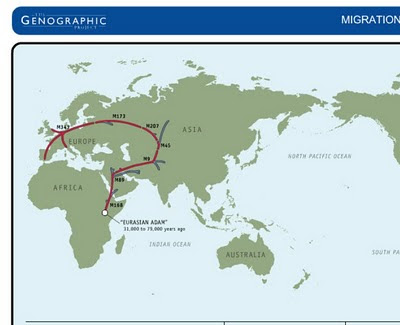 Here are the same results depicted on a map provided by Family Tree DNA.
. 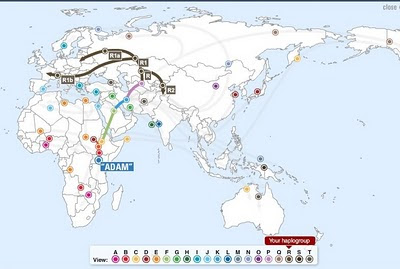 The R1b haplogroup of the Y chromosome has been subject to mutations over time, which enables the route of my ancestors to be tracked.    Today, roughly 70 percent of the men in southern England belong to haplogroup R1b. In parts of Spain and Ireland, that number exceeds 90 percent.

As you can see from the map my ancestor's journey was:

I then submitted the DNA sample to Family Tree DNA for recent ancestral testing.  The first DNA marker (12) was tested for free.  I could then view the people (who have submitted DNA samples) who I match with at this marker. 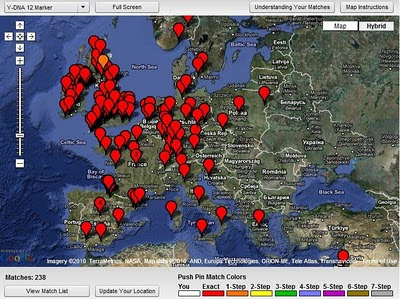 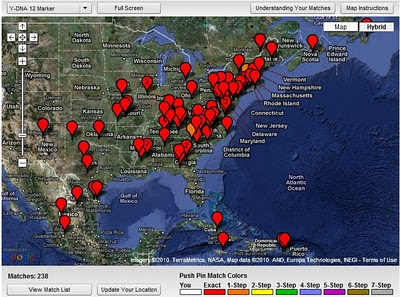 These maps from 12 marker matches indicate that I appear to have a Celtic origin, with my more recent ancestors populating the western and northern regions of Great Britain and Ireland, including Wales and Scotland.

There was also a large emigration to the east coast of the United States with people spreading across the eastern and mid west states, along with Nova Scotia in Canada.

I then requested and paid for additional DNA analysis for the 25, 37 and 67 DNA markers.  This yields more precision with DNA matches and narrows the time period in which I am likely to share a common ancestor with people who my DNA matches closely. 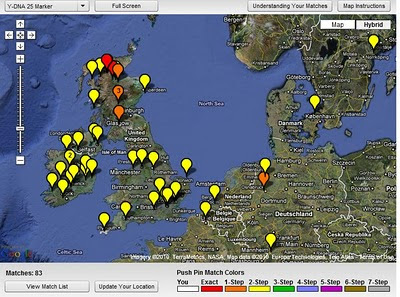 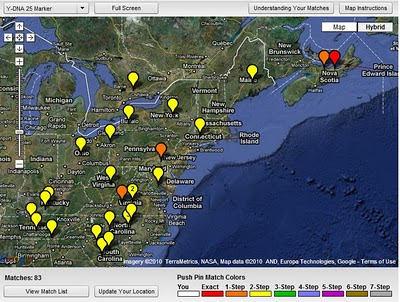 I have some exact matches with people in the north of Scotland, and one in Canada.  I have many close matches with quite a few people in Ireland, and also some in England and the United States. 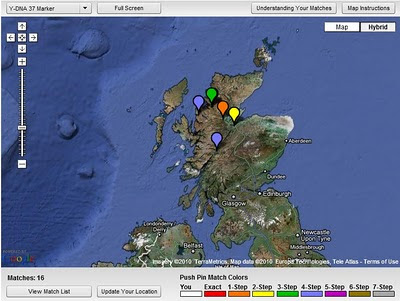 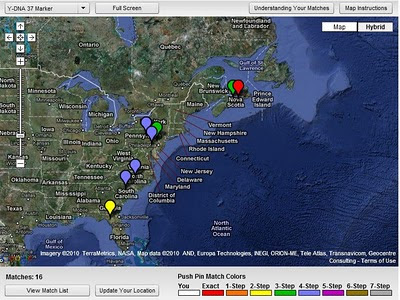 There are a lot fewer matches at the 37 marker.  The exact of close matches are confined to people in the of Scotland and Nova Scotia in Canada.

The final detailed matches - the 67 Marker 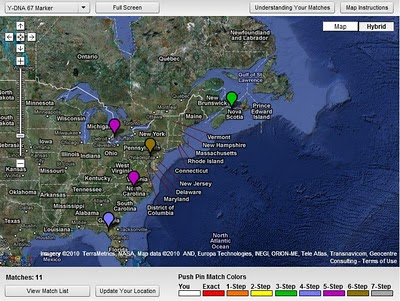 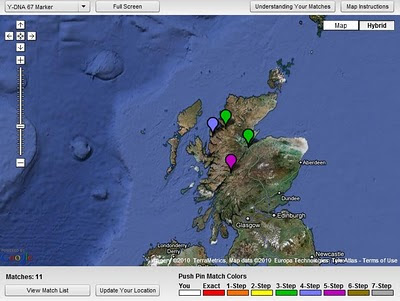 I have no exact matches at the 67 marker, but I have some close matches in Scotland and one in Nova Scotia.  All matches are not displayed on the maps, but are provided in table format on the Family Tree DNA website via a personal login.


I think the most interesting fact I have learned throughout this process is that every human on the planet is actually related. We are all part of the one family.


Ancestral DNA matches - McIver-Campbell and McKenzie
My close DNA matches are mostly McKenzie and some McIver, there are very few Campbell surnames.

My Campbell lineage is associated with the McIver-Campbells rather than the Campbell clans that originate from Argyll.

The Big Y test indicates that my Campbell line has a unique SNP (search for "Campbell N88177") that is earlier than most of the McKenzie and Mackenzie lines.  The BY11203 SNP has a median age of 1110 AD.

Summary
The earliest verbal record (from his daughter Bella) of Donald Campbell (b1878) is his arrival in Leith from the north of (Watten) around 1900. He married Margaret Cunningham (1900) and had four children - Donald, William, James and Isobella (Bella).  Donald’s descendants are now in Edinburgh and , and .

This information is confirmed from Scottish death record for James Campbell

Maternal ancestry, starting with my maternal grandmother
So both my paternal and maternal lines have ancestors who lived in Scotland.