Get your skin checked regularly for melonomas

I visited my local GP recently when I was recuperating from my broken shoulder.  He also examined my back and said I should get a dark patch of skin checked as it had a darker spot in the centre.

I visited Dr Segal, a dermatologist in Camberwell, who agree it should be removed.  He excised it a week later after I returned from a short holiday in Queensland.  I look at the piece of skin - it was slightly smaller than a 20c piece and had a circle of darker pigmentation about 10mm round with darker spot in the middle.

Four days later I returned to have the dressing changed. Dr Segal informed me that it was a melanoma (skin cancer) about 0.4mm deep, which meant that it was detected early.

Four days later I got the dressing changed again and Dr Segal said that the melonoma showed signs of regression - my body's immune system had been fighting the tumour and it may have been bigger.  He recommended that more surrounding skin and tissue be removed as a precaution -a "wide clearance".

He took more out at about 7 days after the first excision.  The local anaesthetic blocks the pain but once in wore off I certainly felt sore for a couple of days.

The second excision was also sent to pathology and came back clear, so it would seem there will be no further action required.

Skin cancer (Melanoma) is scary - there is no blood test for it, and if they go undetected and spread throughout the body then its virtually a death sentence.

Here's a photo of the second scar. 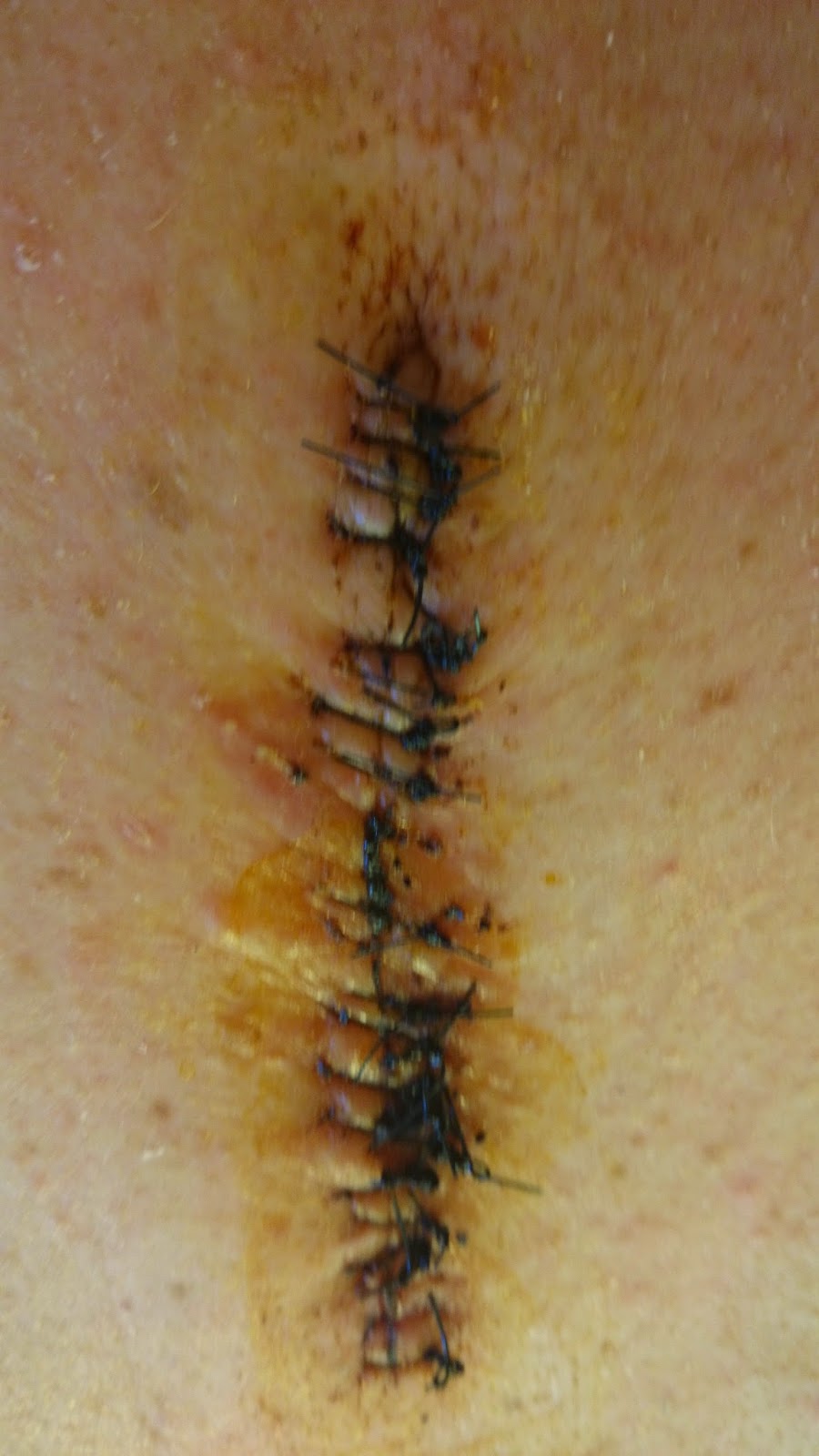 My back has not been exposed to sun much for the last couple of decades, but I did get sunburnt occasionally during my childhood.

If you don't get your skin checked by your GP or a dermatologist, consider doing so.

I am also now taking Vitamin B3 (Nicotanimide) tablets as they can act to block the immuno-suppression effect that UVA and UVB has on the skin, thereby possibly preventing melanomas forming.
Posted by Peter Campbell at 9:46 pm No comments:

Posted by Peter Campbell at 9:09 am No comments:

Please do not compromise Australia's RET.

The RET is a very important and effective mechanism for transitioning Australia towards zero emissions clean energy.

The RET has only contributed 8% to electricity price increases from 2007/08 to the present.

The Carbon Tax only contributed 16%.

Overall the RET comprises only 3% of the total price of electricity bills.

Please support meaningful action on climate change and transitioning Australia to a new economy with clean energy and associated local industries and jobs.

You can send your own email to the 39 Senators here: http://www.savetheret.com/

Posted by Peter Campbell at 11:18 am No comments:

Is Tony Abbott assembling the apparatus of a fascist state?

Is Tony Abbott assembling the apparatus of a fascist state?

I see some worrying trends, such as:

While these developments are still a long way from a fascist state, there does seems to be a direction towards this.

According to Wikipedia, the characteristics of a fascist state are:
Fascism maybe an old term, usually used pejoratively by political opponents, that maybe no longer relevant in today's world.  Hopefully this is the case.

Links
Posted by Peter Campbell at 10:07 am No comments: