Andrew Chan and Myuran Sukumaran should live.  They have done their time in jail for the crime of smuggling drugs into Bali.  They have both turned their lives around.  They do not deserve to die. 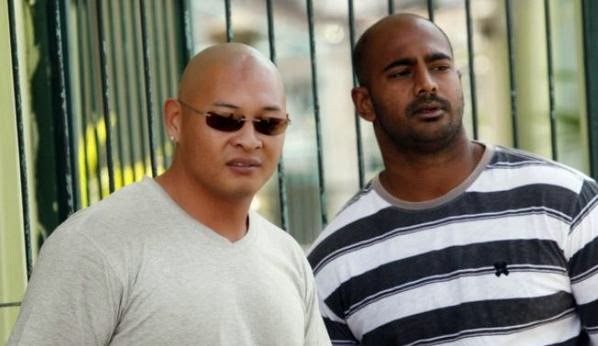 It appears that the Indonesian Government and President Joko Widodo are intent on killing them very soon by firing squad.

I respectfully ask President Joko Widodo to please spare their lives and give them a pardon.

I ask the Australian Federal Police to consider their role in this.  If these two are killed, the AFP will have Andrew Chan's and Myuran Sukumaran's blood on their hands.

Posted by Peter Campbell at 9:13 pm No comments: Links to this post

Some ideas for taxation

Some ideas for taxation and other revenue measures in Australia.

Save $31b per year scrapping subsidies for religions.

Tax the proceeds of houses sold for over $2m

Reintroduce a carbon tax. This will raise revenue and provide an incentive for high carbon polluters to reduce their emissions - as happened under the previous carbon tax. Since your government removed it, emissions are again rising. A carbon tax on big companies could generate $5b+ per year and be used to develop clean energy alternatives.

Increase resource taxes on mining so that the companies who extract and sell Australia's non-renewable mineral resources make a fair contribution to Australia.  This could generate $10b+ per year.

Simplify the taxation system for ordinary people.  The current system requires most people to become book keepers and hire accountants to do their tax returns every year.

Remove all direct and indirect government subsidies for the logging of native forests.

Posted by Peter Campbell at 11:27 pm No comments: Links to this post