Much of the world's natural forests have been lost due to clearing for agriculture - or just for their logs.  Natural forests are ecosystems that harbour plant and animal biodiversity, capture and sequester carbon dioxide and produce clean water.

Unfortunately, we are still destroying the world's remaining natural forests around the world, including the United States, Canada, Australia, Indonesia, Brazil, Thailand, Papua New Guinea to name a few countries.


The "logging industry" is a misnomer now, as most of the "product" created from destroying natural forests is woodchips that are used to make cardboard and paper products.

Plantations and fibre crops such as hemp can supply the world's needs for pulp and timber.

However, voracious logging companies are still allowed by governments to keep logging and destroying native forest.   They are often given free access to the forests as a "resource" or they pay a token amount in "royalties".

Sometimes the logging is even subsided by taxpayers, as is the case with VicForests in Victoria, Australia and Forestry Tasmania in Tasmania, Australia.  In these cases the state governments of Victoria and Tasmania actually own logging companies.

Independent polls indicate that the majority of people now want their remaining native forest protected.  However, industry and governments collude to allow logging of natural forests to proceed.  Some conservation groups such as the Rainforest Action Network, Greenpeace and the World Wildlife Fund (all NGOs) still support ongoing logging of natural forests under the Forest Stewardship Council (FSC) certification.

There is no way a natural forest can be logged without degrading it, and often this degradation is catastrophic to the forest.  Trees are felled, undergrowth is trampled by machinery, and the residue is burnt to "create a seedbed" for more trees to grow.  Biodiversity and the natural forest's ecosystem is degraded.  If this is repeated as a cycle, the forests are effectively converted in plantations.

It is time for logging of the world's remaining natural forests to cease.  They must be protected, not logged.

We have the power to make this happen.  Contact your local government and state and federal members of parliament and ask them to protect our remaining natural forests now.  Tell your friends to contact them too.

This post is written as a contribution to the 2012 Blog Action Day on the "power of we".
Posted by Peter Campbell at 6:00 am No comments:

I running for Maling Ward in Boroondara

I am running for Maling Ward in Boroondara in the upcoming Council elections.  It is a postal ballot - residents receive candidate statements and a ballot paper that they complete and post back.

Voting closes 6pm on Friday 26 October and the ballot will be counted on Saturday 27 October.

You can read about my campaign, why I am running on my campaign blog and the election [here] 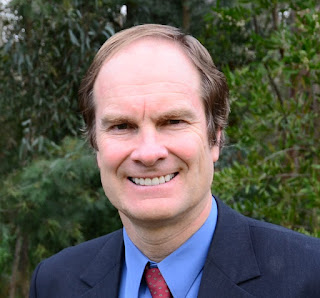 I am running as an independent candidate as I with to represent Maling Residents directly.  I am not a member of a political party.

The Liberal, Labor and Green parties all field candidates in local government elections.  The Greens endorse candidates, while Labor and Liberal candidates run undeclared, often pretending that they are "independent".

Our democratic system is based on Councillors representing all the residents in their ward, not just the interests of a particular political party and its supporters.

I think we need to implement optional preferential voting. People should be able to control where their preference does or doesn't go.  If they only support one candidate in a single member ward, then just "1" on the ballot paper should be valid vote.  I think this would reduce all the undemocratic deals and manoeuvering that goes on behind the scenes when candidates decide who they are going to direct preferences to.

Of course voters actually choose where their preference goes, but candidate recommendations often influence many people, who often don't know much about who they are voting for (other than by a photo and a 150 word statement).

I am looking forward to serving the people of Maling Ward should I be elected.  It will be a tight race however so every vote will count.
Posted by Peter Campbell at 11:51 am No comments: