I have been researching my family tree in Australia and the Scotland.  We did a trip to Scotland in 2018 to visit some friends and locations.

We flew into Edinburgh and stayed a night in Leith, Edinburgh's port suburb.

We visited 25 Halmyre Street in Leith where my great grandfather Donald Campbell (1878-1934) lived with his wife Margaret Cunningham (1878-1926) and their children:


We visited Peter Hay Campbell's grave in Seafield Cemetery He was a pilot in World War 2 and died when a glider he was flying crashed due to structural failure. This was probably during training for the D-Day invasion. 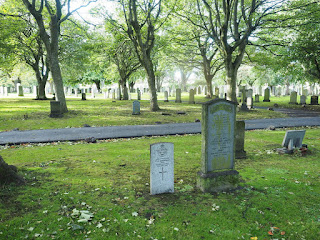 Donald Campbell, from records and notes from my father Douglas, was born in Barogill, Parish of Canisbay (near Castle Mey) on 13 July 1878. He was a champion ploughman. He moved to Leith, Edinburgh around or before 1900 where he met and married his wife Elizabeth Cunningham on 1 Jun 1900. He worked as a lorryman at a flour mill.

When living in Caithness he was a member of the 1st Sutherland Highland Regiment in Caithness with the Volunteer Rifle Corps (VRC) , then transferred to the 5th V.B. Royal Scots when he moved to Leith (information from war pension record dated 6 April 1908).  He was a good marksman.  A relative in Edinburgh sent me these photos of a medal he won in the Royal Scots.


He was injured on the troop train that crashed in the Gretna Green train disaster during World War 1 on 22nd May, 1915. He told his men to put their feet up to avoid injury. Some 500 officers and men of the Leith Battalion of the Royal Scots Regiment were on the train.  232 were killed and 230 injured in Britain’s worst ever train crash.

He died of pneumonia in Murray's Royal Asylum, Perthshire, Scotland which was a mental health facility. Margo, a distant relative (4th cousin) in Scotland located these details which were unknown by surviving relatives in Australia.

The graveyard at Wick St Fergus Church is in a poor state.  Many of the gravestones are unreadable and broken. Harry Gray, a local, showed us around the church which is in use. A floor level has been added inside to create rooms for community use underneath the main chapel. Harry has located some religious artefacts that are now displayed in the church including the original St Fergus Font, dating from the 14th/15th century and 14th century image of the town's patron saint, St Fergus.

Harry said the structure outside with no roof was for the Earls of Caithness and that it is not well maintained as many of them were apparently hated!  It is known as the Sinclair burial aisle.  Archaeologists have recently determined that this structure is the only part of the original Kirk of St Fergus (built around 1567) that remains.

Harry has advised that the local council sent a team of workers into the graveyard during 2019 and did a great job in clearing trees, shrubbery and clearing the northern transcept of the old Kirk of St Fergus (Sinclair Aisle, burial place of the Earls of Caithness) and it now looks very much better. A  a team of volunteers lined up for spring of 2020 to do more work and make it more attractive and accessible. It is is great to see the history there being preserved. 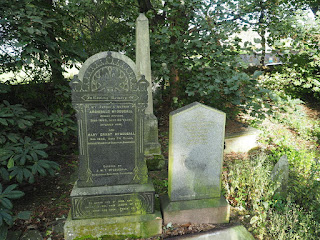 We visited the Watten cemetery and located the grave which was obscured by holly. The church is no longer there, only the footings remain. 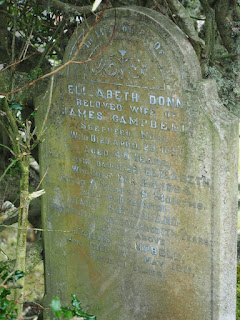 There was a lot of tragedy in that family with people dying from diseases that are curable or treatable now. 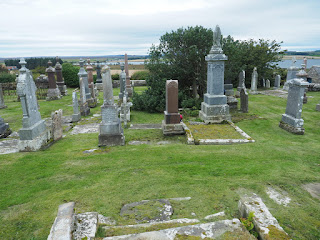 James Campbell's other children were:

Donald Campbell (b1810) died at Refaithy, Stirkoke. We drove to Stirkoke to ask directions. The manor house is in ruins and is not accessible. A local gave us directions to Blingery Farm.

On the road Blingery farm we came to a farm house called Refaithy which has a retired English couple living in it. We had a cup of tea and a chat but they didn't know much about the history of the house.

Further enquiries suggested that the Campbells resided at Upper Refaithy so we drove that location.  The old house ruin was recently demolished and a new house was being built, but the original garage was intact. I have been able to find some photos of the ruin.


James Campbell's brother Donald Campbell (1850-1914) lived in the area his entire life and his descendants are still living in Caithness.

My oldest known ancestor is Alexander Campbell (1781-???? ), his birth place is listed on geneology records as Houstry, an old crofting village that is in ruin. We visited the location on our way south after leaving Wick.  There are ruins of stone buildings and a couple intact used as for farm storage.  There is also a broch nearby.  Alexander Campbell was the father of Donald Campbell (b1810) and is my 4th great grandfather.  The Scottish inventor Alexander Bain was born in Houstry. 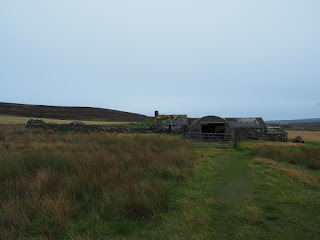 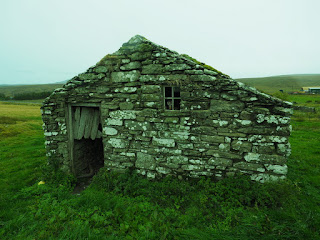 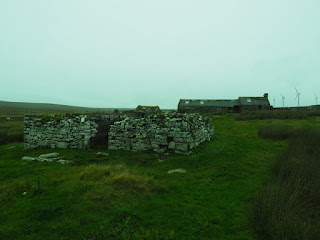 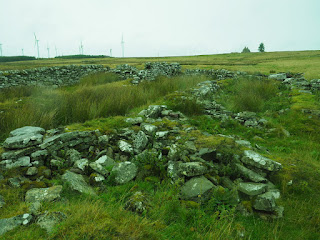 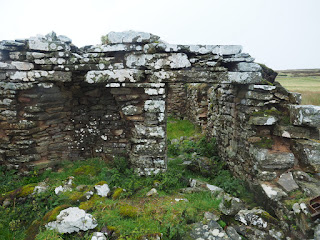 More information about my ancestry is here.
Posted by Peter Campbell at 5:02 pm No comments: