Below is a copy of a letter I just sent to Premier John Brumby, and some recent photos of Brown Mountain logging - a crime against the enviroment. More information here. 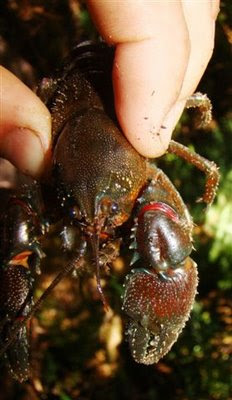 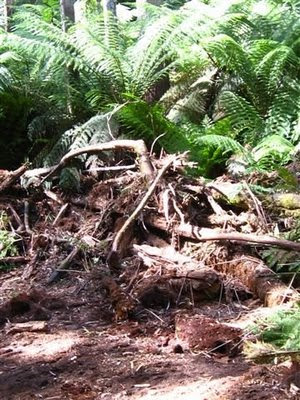 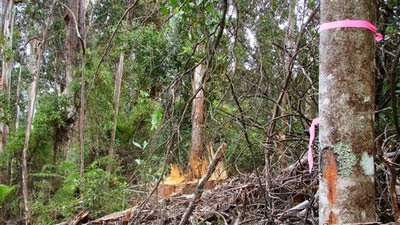 I received a communication from Janine Haddow (DSE) dated 30/12/2008 in response to an email I sent to you and Minister Jennings on 29/10/2008 asking to stop the logging of old growth forest at Brown Mountain. Unfortunately, Ms Haddow did not adequately address the concerns I raised with you.

To reiterate, the Labor Party pledged in a policy document during the 2006 State election that:

"In addition to the Goolengook Block, a Labor Government will immediately protect remaining significant stands of old growth forest currently available for timber harvesting by including them in the National Parks and reserves system."

Premier Brumby, you have broken this promise. In late 2008 bulldozers destroyed 20 hectares of Brown Mountain forest classified as old growth. Now they are about to continue to destroy another 40 hectares.

This Brown Mountain forest should have been included in the forest areas specified for protection because it is designated as old growth forest by the Department of Sustainability and Environment and it forms an important part of the link between the Errinundra and Snowy River National Parks, the creation of which was also a policy commitment.

You are allowing and supporting the clearfelling of old growth forest as "business as usual" despite these forest's critical role in storing carbon (over 1000 tonnes per hectare) and providing water for the depleted Snowy River catchment.

Ms Haddow’s assertion that "logging occurs on a very small proportion of Victoria’s public land estate" is simply not relevant. No old growth forest should be now logged, as your policy states.

Ms Haddow’s other assertion that "over time the net result from logging Victoria’s native forest is an absolute reduction in greenhouse gas concentrations" is not correct. A scientific study by Mackey, Keith, Berry and Lindenmeyer (2008) found that:

“the carbon stock of forests subject to commercial logging, and of monoculture plantations in particular, will always be significantly less on average (40 to 60 percent depending on intensity of land use and forest type) than the carbon stock of natural, undisturbed forests.”

Locals had recently constructed East Gippsland's first old growth forest walk in these forests, which the Department of Sustainability and Environment knows about. Recent logging has now destroyed much of this walk. It will soon be obliterated, which will result in the loss of an asset that had potential to generate millions of dollars from tourism, as demonstrated by the Valley of the Giants Tree Top Walk in the Walpole-Nornalup National Park in Western Australia.

In addition, several serious breaches of the Code of Practice for Timber Production 2007 have occurred during the recent logging at Brown Mountain. The following breaches have been reported with photographic evidence:

1. Mixed rainforest along Brown Mountain Creek has been bulldozed in readiness to start clearfelling the adjoining stand of ancient forest.

2. A logging contractor is being investigated for theft of burls.

3. A huge old tree has been felled outside the coupe boundary – this is illegal logging.

4. Used oil filters from bulldozers have been discarded on the ground which will contaminate soil and eventually water courses.

I also note that logging has continued against occupational health and safety regulations when members of the public are present. Worksafe is apparently investigating this.

VicForests has prohibited access to the nearby Errinundra National Park via the tourist road for the past 3 months of summer holidays - with no alternative route offered. This is unacceptable. The public must have access to our National Parks.

Please honour your stated policy to protect all remaining areas of old growth forest in Victoria.