Melbourne suffered a extreme outage today.  Nearly every train line was affected when a train's pentagraph (the bit that connects to the overhead wires) got snagged and brought down the line, causing a power outage that basically shut down Southern Cross station, then the entire rail network. 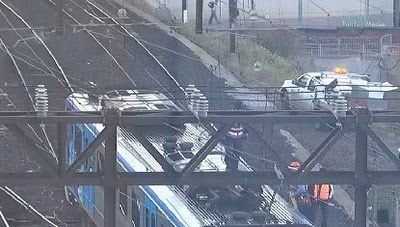 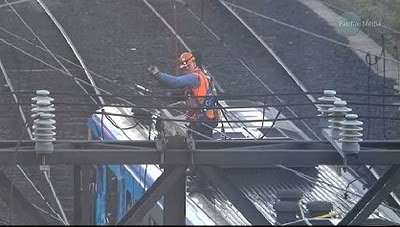 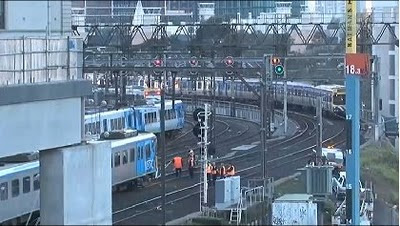 Dozens of trains were cancelled on all lines for over 2 hours.  Over 400,000 commuters were delayed on their way to work and across the rail network.  The cost to the economy has been estimated at $12 million dollars.

Martin Pakula, the state transport minister, apologised to the public, as did Metro, the new private operator of the system.

The root cause appears to be a chronic lack of investment in basic maintenance, including:


There is obviously also no redundancy in the power system - what we saw today was a single point of failure.
The funding allocated to maintenance of Melbourne's rail system is a tiny proportion of that allocated to roads, yet every day in Melbourne the rail system moves more people to and from the CBD.
As I have mentioned previously, no new suburban train line has been built in Melbourne since the Glen Waverley line in 1930.  Since that time Melbourne's population has increased from 1 million to over 4 million.
The privatised system is clearly a failure.  The government blames the operator (Metro) for "delivering poor service" and Metro (and previously Connex) blames the government for not investing enough in upgrading rail infrastructure.  Nobody is actually accountable any more, which is just not good enough.

As compensation, the Metro operators and the State Goverment will let people travel for free on Friday and share the $1m loss of revenue.

Here is what we need to do:
The total cost of $15m would have been much better spent on prevention and proper maintenance.
External links
Posted by Peter Campbell at 11:46 pm 1 comment: